ON Tour: Promoters Point of View with Newton-Le-Willows Village Hall 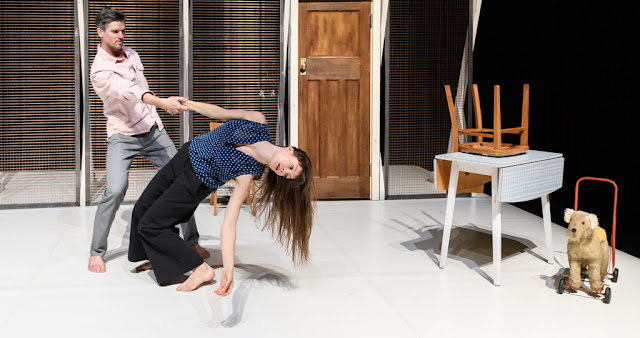 Hello, what’s your name and what’s your venue?
Good evening , I'm David , the newest of 5 current members of PIN involved in promoting a variety of entertainment at Newton Le Willows Village Hall in North Yorkshire .

Tell us a little bit about P.I.N…....
A little ...ha-ha there's a lot
Performances in Newton , or PIN for short , is a group of villagers ( Bob , Jane ,
Sally , Chris and myself ) who plan, promote and deliver live professional entertainment into NLW. We aim for a varied repertoire of music , theatre , comedy and dance at least 4 times a year appealing to all ages and tastes including over the festive period .
PIN began way back in 2004 with an evening of “Swing” from the Sheena Davis Group and since then has played host to a huge variety of entertainers , theatre groups and musicians. Our aim is to bring top class productions to our audience and we feel that is being achieved , sometimes groundbreaking and sometimes returning companies that we know well.
I was not in the Village for the debut performance of The 39 Steps by the North Country Theatre but I did have the pleasure of the Chef Show in 2017 (pictured below) which was set in a working Indian restaurant and the food was cooked for the audience !

PIN is non profit making and self funded without the aid of any grants .This means we maximise our efforts to select the appropriate productions and market them extensively to ensure the box office sales cover the performance and associated expenses.
We are lucky to have such good facilities at the Village Hall that enables our productions to take place and run smoothly . Not only do we have a large performance area including stage and lighting , but also comfortable seating for our audience and courtesy of our colleagues at the Hall , a fully licensed bar and adjoining room .
It really is a team effort in identifying , promoting and putting on a show . So much so that even family members are on hand to step in when the need arises .....
As we stack the chairs now at the end of this performance we are already working on the next performance as the flyers are distributed to the satisfied departing audience ...

What ON Tour show have you got coming up at your venue? And why did you decide to programme this particular show for your audience?
Tonight we were excited to have the Lost Dog Dance production of Juliet & Romeo – Ben Duke has performed in our village previously with Paradise Lost so we felt very confident that this would not disappoint our audience – so much so we were pushing the On Tour team from very early in the year to secure our place .
It also gave us the opportunity to bring a rare dance production to the village , something we are keen to develop especially having seen the RJC Dance performance of Still Blazin at Thirsk courtesy of Rural Arts and the NRTF.

How did you go about selling tickets for the show and are there any stories you can share about the lead up to the show?
Once we received confirmation we had secured the production , and it was to be the only one in North Yorkshire , we started posting the good news on our social media pages ( Facebook and Instagram ) as well as updating the Village Hall website and regular newsletter .
We held a team meeting to discuss our strategy , ticket pricing , catering for the cast and crew , accommodation and general marketing of the event .Roles were allocated and the work started as soon as flyers and posters were received . Glossy paper meant no overprinting was possible so a few hundred self adhesive labels were printed and added , “A” boards were created and the distribution phase kicked in , by car , bicycle and foot . Adjoining Villages , hostelries , community noticeboards , shop windows and the occasional telephone box all played home to our marketing in one way or another .

All social media sites had regular updates with ticket information , pricing and details about the show gleaned from On Tour , Lost Dog and various sites that had already hosted the show such as Battersea Arts Council and stage reviews .It was important to give our potential audience as much information as possible .
We also cast our net wider with event information in the Darlington & Stockton Times , Richmondshire Online and Bedale Online .
The final lead up to the show is where things get a little more interesting . In this instance we had some late changes of food requirements and timings that Jane dealt with fantastically , accommodation requests chopped and changed and our local holiday cottages proved invaluable . The numbers were limited due to performance area required and then additional sales came through late via Rural arts which we managed , just . Finally as it had been the first time the production had toured in a rural environment , a few last minute rehearsals and adaptations delayed the doors opening slightly , but this happily diverted the audience into the warm arms of the Green Room and its fully stocked bar .

What was it like working with ON Tour and Lost Dog?
Its always very professional working with the On Tour team and we look forward to continuing the relationship for many years to come . Communication is clear and concise and we regularly receive a good cross section of performances to consider each season.
The performers , tech team and admin at Lost Dog were a pleasure to work with . Very relaxed throughout and fitted very well into the concept of rural touring .
I am not biased at all but having 4 hugs from a beautiful French dance actress makes them my favourites so far !

How did you find the show?
The show was superb and it felt a privilege to see it in our Village Hall. The dance sequences were fascinating both in interpretation and delivery , particularly the really slow segments that required great strength from both performers.
Ben & Solene along with the Lost Dog team delivered a captivating take on the star crossed lovers life and tribulations.
From the moment they walked on stage and engaged us the audience as therapists , we were treated to humour , theatre , song and dance of an excellent standard .
Reliving their memories through the therapy sessions they took us on a journey from first meeting , frantic nights of passion, eloping , parenthood and of course various attempts at suicide .
I am still laughing at the infamous line uttered by Juliet as she struggled with a young child and all the related problems and stresses of a stay at home Mother with her partner nowhere to be seen......

What’s the favourite piece of feedback you got from your audience?
There have been a few that summed up the evening quite well....


“Invoked many emotions from laughter to tears “


“Wonderful to have the performance in a small space which makes it powerful , intimate and inspiring”

What is it about being an ON Tour promoter that you most enjoy / find most rewarding?
Working with On Tour as a promoter is certainly enjoyable due to the standard of performers regularly being showcased along with the invaluable support; concept to curtain up . We are lucky to have such a local organisation that can supplement our own activities and promotions.

What kind of show are you showing next at your venue?
We have 2 shows secured already for the early part of 2019 .
January 6th we welcome the Northumberland Theatre Company to NLW for the first time and they are performing an adaptation of a children's adventure story called "The Little Maid who Danced to Every Mood"
Its a show for all the family and perfect to bring the kids as an end of holiday treat before they return to school. It will be a Sunday afternoon matinee performance and we will be offering some special discounts for family tickets .
Having seen the standard of productions from Northumberland Theatre at a recent performance of “Heartspur” in Yarm I am sure the audience will not be disappointed.
In contrast , and once again courtesy of On Tour , on April 27th we host "Graffiti Classics" in their hilarious all singing – all dancing musical comedy show .
16 strings , 8 dancing feet and 4 voices .....we cant wait !!

For tickets to see the next ON Tour show of "Graffiti Classics" at Newton-Le-Willows click here or visit their Facebook page for more details on all the shows they have coming up!

If you live in North Yorkshire and would like to get your Village Hall involved with the rural arts rural touring scheme; ON Tour, visit our website for more details!