This season we are excited to have Fuel Theatre and their show Summit, touring from 14th - 16th November, as part of our CREATETour project. The young people from Tuned In! in Redcar will  also be performing a short piece that they have created before each show. 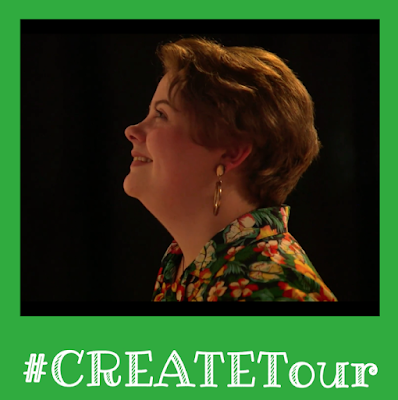 Summit is a play performed by three actors in a blend of languages, set over three different time periods. The play explores equality and language and invites action.

As part of the show, Fuel Theatre have created a special #whatchange campaign, asking audiences to sign "Summit" with a description of what change they want in the arts. We want for as many people as possible to join in the conversation and get involved!

"More disabled performers in lead roles!".
What's the change you want to see? Post a photo of yourself signing 'SUMMIT' and your answer with the hashtag #whatchange to be in with a chance of winning a pair of free tickets to the show! #whatchange #SUMMIT https://t.co/Pi4KQJ8wd6 pic.twitter.com/zg7uISeEZ8
— Fuel (@FuelTheatre) September 18, 2018


Here at Rural Arts, we joined in on the campaign, suggesting the change we would like to see is "more cultural opportunities in rural communities"

We took part in @FuelTheatre's challenge "What's the change you want to see?" for their #BSL integrated show #SUMMIT. Tweet your reply with a photo of yourself signing SUMMIT and your answer with #whatchange to win a pair of free tickets to 1 of our #TeesValley shows! #CREATEtour pic.twitter.com/lsp6r3EQaM
— Rural Arts (@RuralArts) September 27, 2018


We think the #whatchange campaign is a great opportunity to get involved in what is already looking like to be a great #CREATETour in Redcar!

We're especially excited for our young people form TunedIn! Redcar to perform a curtain-raiser for such a special show. The opportunity for them to be a part of a performance that explores language through the use of english, malay and british sign language is particularly special.

Take a look below to see the summit trailer with British Sign Language:

Summit and CREATETour will be touring to Stokesley Town Hall, Saltburn Community Theatre and Tuned In! Redcar.
(click links for tickets , enquire at box office for group discounts)