ON Tour at the New Directions Showcase 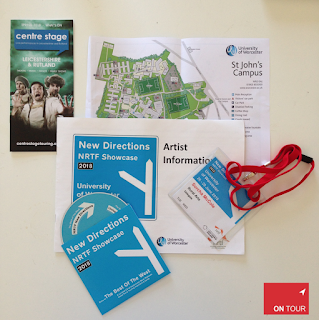 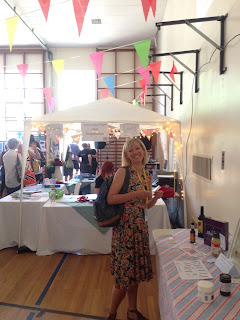 Last week, from June 26th - 27th, the ON Tour team; Jo and Sorcha, attended the National Rural Touring Forum's annual conference. This year the event was hosted by Worcester University and fellow rural touring scheme, Live & Local.  As we arrived we were greeted by the friendly students at the university who had volunteered to help at the event. The main space had been decorated to embody a village hall, with bunting, village notice boards, marquees and plenty of tea (of course!)

We began the event with a unique icebreaker called "Faceback" in which we all wore badges with other people's faces on them, aiming to 'get our face back'. It was a brilliant way of encouraging conversation between people that might otherwise not get the opportunity to talk to one another.

On the first day we watched eight performances in total. One of the highlights of the day, was the wonderful performance of Bubble Schmeisis, by the brilliant Nick Cassenbaum, where he delivered a rendition about the trials and tribulations of growing up in Essex in a Jewish family, all in the setting of a Canning Town Schvitz. 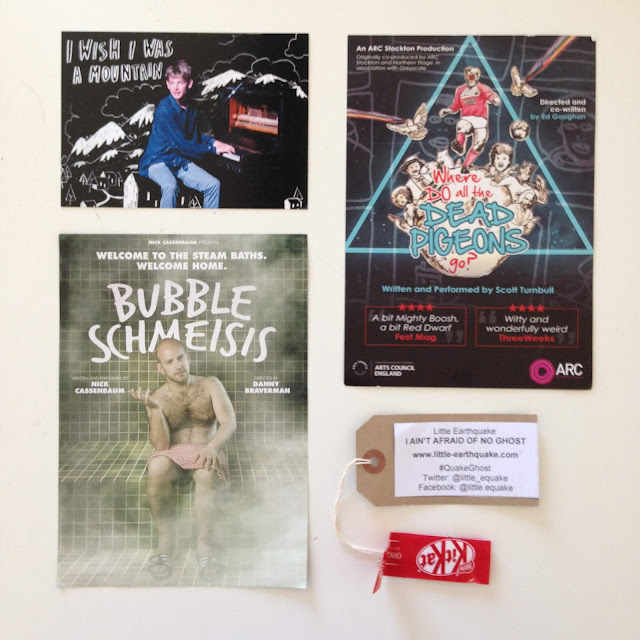 Another solo performance we enjoyed was This is not a Safe Space, performed by Jackie Hagan. The show combined Jackie's own witty account of what it's like to live on disability benefits, along with the voices of real people she had interviewed, explaining their experiences as well.

During the afternoon we got the chance to see some dance, with Shane Shambhu performing his show; Confessions of a Cockney Temple Dancer. The show combined contemporary dance with the Indian Performing Art of Bharatanatyam, along with a narrative in two languages and an immersive video projection. 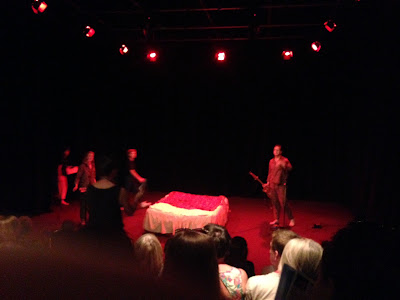 We also saw Tom Adams and Lillian Henley perform Elephant and Castle, a lovely combination of music and theatre, in which a husband and wife duo tell the tale of Tom's Parasomnia; a condition that causes things such as sleepwalking and sleep talking during deep sleep. This evidently led to some hilarious stories of what he got up to in the middle of the night...

After all the performances had finished and we had eaten our dinner, we took a stroll to the Student's Union for the Evening do. Here we were treated to nineties pop renditions by The Peas Duo, with a twist. Our personal favourite was their cover of Spice Girls.


The fantastic @thepeasduo doing their thing at #NewDir18 - currently a skiffle-esque cover of The Spice Girls: pic.twitter.com/Chazbp7txz

The next day we were up bright and early and were treated to ten more performances. We particularly enjoyed the hilariously funny show by Little Earthquake: I Ain't Afraid of No Ghost. The performance combined eighties references and dry humour with spooky happenings.
Our favourite performance of the showcase, however, had to be Knot by Nikki and JD. Their unique combination of spoken word, contemporary dance and acrobatics created a truly stunning show. They presented an honest and heartfelt narrative about relationships through both strong and subtle movement.

@nikkiandjd We were blown away by your showcase of 'Knot' at the #NewDir18 conference! What a mesmerising & skilled performance! pic.twitter.com/W9nyMk2UDY
— Artsreach Dorset (@Artsreach) June 29, 2018

The ON Tour team had a brilliant time at New Directions Showcase. It was such a privilege to get to see so many excerpts of such wonderful shows and although we're already on our way to having next year's programme finalised for ON Tour, we'll likely be picking out some of the shows we got to see last week for our Autumn ON Tour season in 2019, so watch this space! 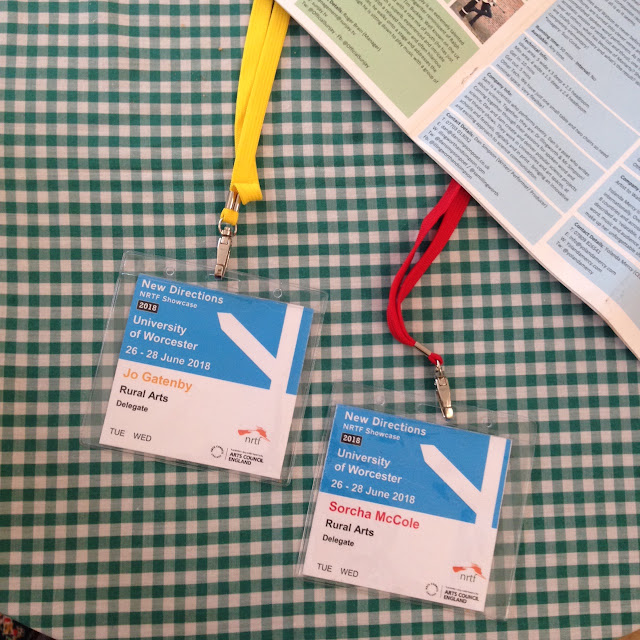