ON Tour: In Good Company with Remi Harris Trio 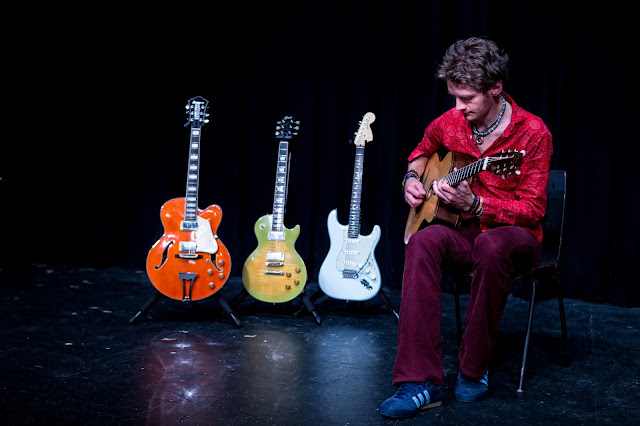 Your music has been described as a mix of “Gypsy Swing, Jazz and Blues.” Who or what would you say inspires the type of music you create? I’m inspired by lots of different music genres but some of my biggest influences would be Django Reinhardt, Jimi Hendrix, Peter Green, Wes Montgomery, Led Zeppelin and Stan Getz.
Have you got a particular piece of music that is played during the show that’s your favourite? What’s the story behind it? I don’t really have a favourite, I guess it depends what mood I’m in. It’s often the tune that I have played the least at that particular time as it will feel more fresh than the tunes that we're playing more often.
Of all the work you’ve done (not exclusively in rural touring) what’s been your favourite show to date? Again I don’t really have one favourite show.
I've been performing in public since I was eleven years old and have been fortunate to play in lots different venues and locations, I've had many great experiences on stage. Definitely one of the most prestigious shows I’ve been a part of was playing alongside Jamie Cullum at the Royal Albert Hall as part of the BBC Proms in 2016. 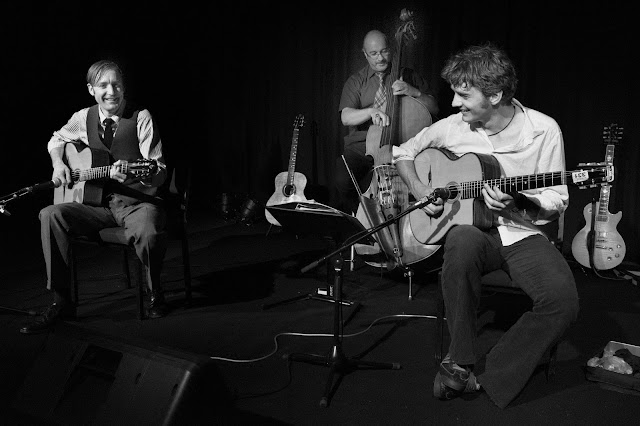 Thinking about your show, what’s the one thing overall that you hope audiences will take away from seeing the show?My main goal with my performances is to make people happy, I like people to walk out of my shows with big smiles on their faces, and hopefully I’ll inspire some to want to play music too.
What is it about rural touring that appeals to you? What are the challenges? (If any!) Rural touring is perfect for me. I’m from a rural area and love the countryside so playing concerts in these kind of areas feels very natural for me. The audiences are always very open minded and encouraging which is perfect for our concerts as we like to play a varied selection of material.
Have you been to North Yorkshire before? If so, do you have a particular favourite location or place to visit? If not, is there anything you’re keen to see or do whilst you’re here? We played in a Village in North Yorkshire a couple of years ago. We really enjoyed it.Unfortunately we didn’t get chance to look around properly though as we were in a run of gigs and had to be in South Wales the following day. Maybe we’ll get to have a better look around next time we’re up.
What music / radio is currently playing in the tour van? And who gets the final say?We have a wide variety of music playing in the van on the way to gigs, anything from Jazz & Blues to Rock and Drum’n’Bass. To save arguments we usually use the magic “shuffle” button and see what we get dealt through at the moment. The Beatles 'Abbey Road' is one of our favourite albums for travelling.
ONTour