Pocket Panto perform 'Jack and the Beanstalk' at The Old Courthouse, 7/01/12 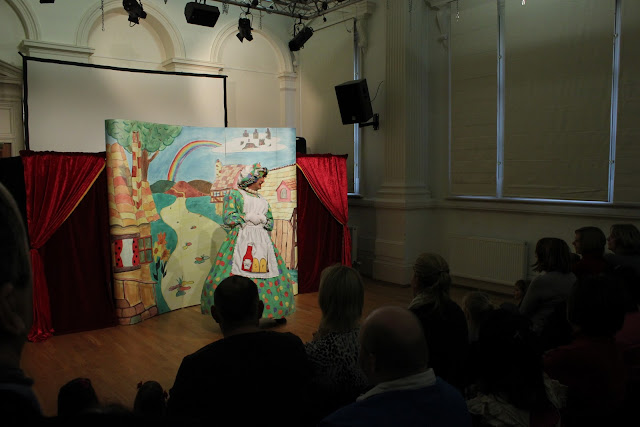 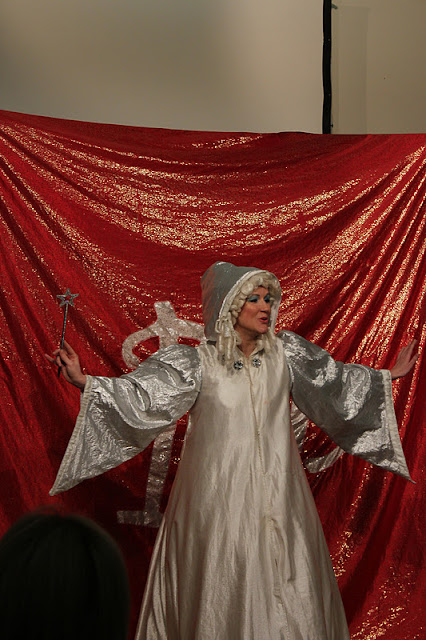 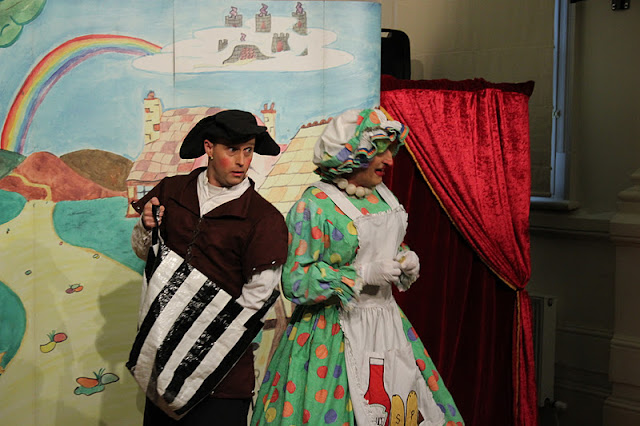 
We have been to a panto. Oh yes we have! And it was right on our doorstep. The Pocket Panto Company brought their diminutive version of Jack and the Beanstalk to the former magistrates' Court Room at Rural Arts.

The show was a sell out, and I was impressed by how much the cast of three, Dame Dotty, Idle Jack and pretty Jill packed into a small space.

This is the sort of show that Rural Arts successfully promote to put into village halls and bring live entertainment to communities that otherwise would have to travel or watch TV. A round of applause please! 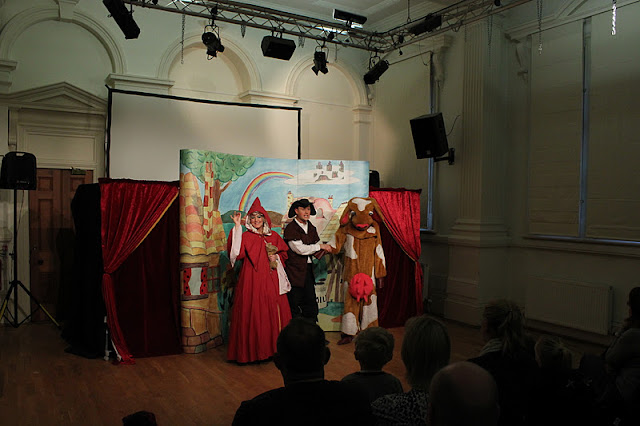 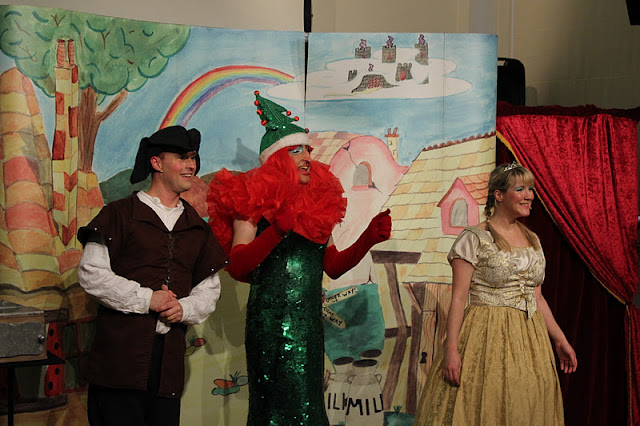 Review below and pictures above by Steve Toase:

Pantomime is all about spectacle, big characters and big performances. You can very easily fall into the trap of thinking that you need a big venue and company to deliver a quality show. After seeing Pocket Panto this notion goes completely out of the window.


With a very successful tour in 2010 they returned to rural North Yorkshire with Jack and the Beanstalk, playing The Courthouse for their penultimate show as part of the 2011 On Tour programme.
The venue was sold out with children, and adults, waiting for an afternoon of fun, music and slapstick. Pocket Panto did not disappoint.


With only three actors and a simple stage set up, the whole show rides on the performances, rather than flashy special effects. Jeremy Stroughair, Amy Forrest and Sam Lane are all talented performers and had real chemistry with each other and the audience. The ability to play off an audience is key to the success of any panto and at various times all three included children and adults alike in the show. Jeremy as Dame Dotty was excellent, taking a liking to one of the fathers in the audience and showering him with attention throughout the show. Sam performed live magic, getting children from the audience involved in the tricks. At various points the cast got the children to their feet for dance routines.
A special mention must go to the Giant Blunderbore, a really effective piece of theatre that definitely scared one or two children in the audience.


Pocket Panto's version of Jack and the Beanstalk was a  highly entertaining show that captured the essence of panto in a friendly intimate venue.