Showing posts from September, 2018
Show All

ON Tour in Good Company with Odd Doll Theatre 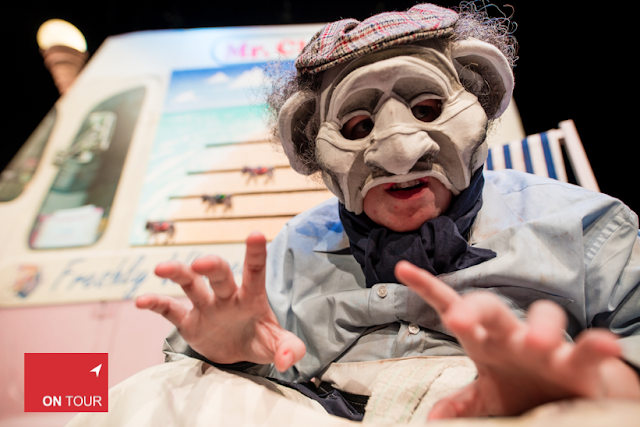 In Good Company  Odd Doll Theatre  Q&A Odd Doll Theatre's "Seaside Terror" is touring as part of Rural Arts ON Tour at Skipton Town Hall on 26th October ( tickets ) and Stillington Village Hall on 27th October  ( tickets ) Hello, what’s your name and what’s your role in Seaside Terror? What does that role involve on the road?  Hi, my name’s Rebekah and I am one of the two performers in Seaside Terror. My role is very much behind the scenes, in fact you never really see me! I make all the magical set changes happen and manipulate the main characters puppets within the stories. Without giving too much away tell us a little bit about your show. Seaside Terror is inspired by the classic British Seaside Holiday and Portmanteau Horror films from the 1970’s. A Portmanteau narrative is when five stand-alone stories are surrounded by a framing narrative. So in our case the framing narrative is our ice cream van and it’s creepy owner and each story focuses on a
Post a comment
Read more

Art on Your Doorstep - A Special Event Day at The Courthouse 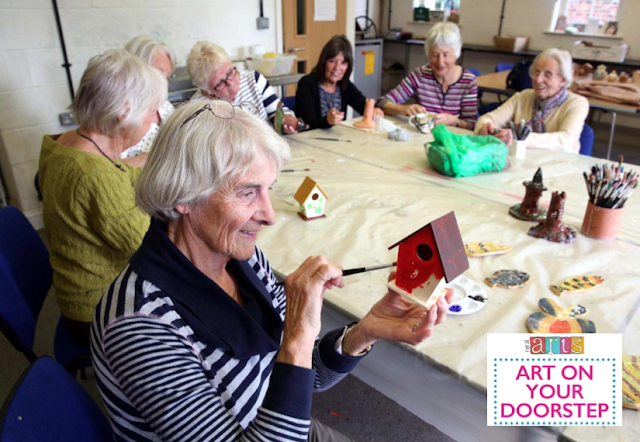 🎨Art on Your Doorstep🚪 ~ A Very Special Event Day at The Courthouse ~ On Friday 21st September Rural Arts hosted a special event day to showcase our Art on Your Doorstep project. We had lots of interest leading up to the day, with a nice little article in The Northern Echo the week before the event. These lovely ladies; regular faces at Rural Arts, seemed very happy to have their picture in the newspaper! : Photo Courtesy of  Northern Echo The day itself was packed full of creative workshops, talks and performances for our Over 60's that attended the event. It was lovely to see so many new faces at the Courthouse on the day, as well as some of our regular participants in the project; from both the artist one-to-one sessions and the monthly Rural Arts Over 75's Art Cafe. We began the day with MAIA delivering their "Bamboo Tamboo" workshop. MAIA have performed for our Art on Your Doorstep project previously and have proven very popular with o
Post a comment
Read more 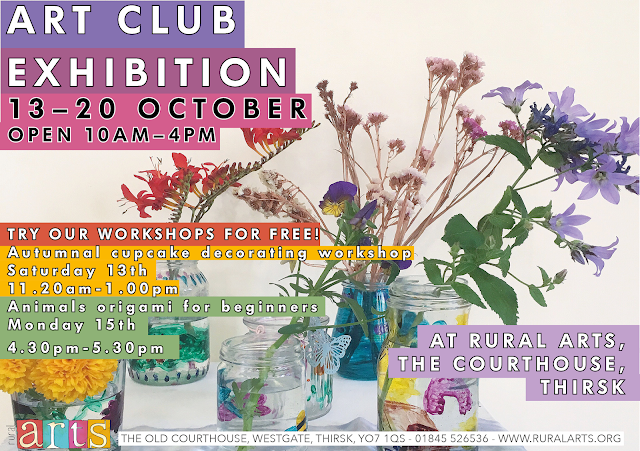 Art Club Exhibition Hi, I'm Isobel. I am currently taking part in my Silver Arts Award at Rural Arts. I decided to take part in Silver Arts Award because I had enjoyed doing my Bronze Arts Award in the Art Club. It allowed me to develop new skills and learn more about different parts of the arts world. I joined the Art Club at Rural Arts because I enjoy art and wanted to learn more and develop my skills. I think that Arts Award is a good way to do this because it allows you to explore lots of different art forms. Art Club exhibition on Saturday 13th - Saturday 20th October from 10am - 4pm is a display of the work made by those that attend the weekly Art Club for ages 5-18 at Rural Arts. On a Thursday or Saturday, we take part in the different arts activities which allow us to try new things and develop new and existing skills. The exhibition will include things from paintings to ceramics that we have made in Art Club this term and is curated by those taking part in the Arts A
Post a comment
Read more

Norman performs for Art on Your Doorstep 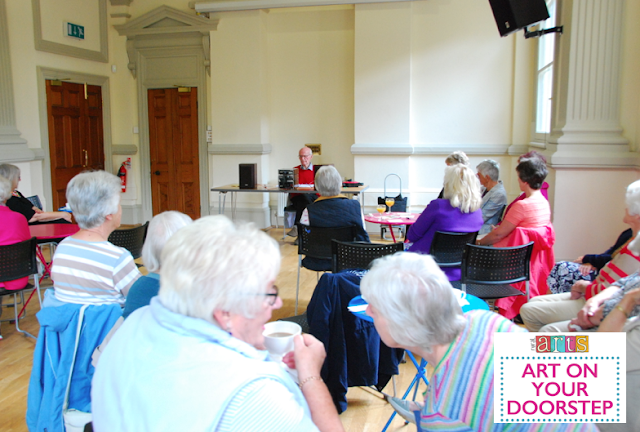 🎹🎶 Music for Pleasure 🎶🎻 by Norman Fitzpatrick On Thursday 23rd August, we were delighted to have Norman Fitzpatrick treat our Celebrating Age audience to a musical performance. Norman is a 96 year old veteran, who has participated in our Ex-Forces  project and has become a regular face at Rural Arts.  The idea for the event began from a meeting between the Rural Arts Director; Angela Hall, the Outreach Project Manger; Gail Falkingham,  two of our Art on Your Doorstep participants and two of our Ex-Forces participants, of which Norman was one. In the meeting the participants discussed the positive impact the projects funded through  Celebrating Age  had had on their lives. This discussion led on to putting forward suggestions for future events that could be programmed as part of the projects, one of which was Norman's idea of putting on a musical performance.  Initially the idea was to combine Norman's music with a tea dance, but these then split o
Post a comment
Read more
More posts